What are the best inhalers for COPD? Learn more now!

The Best Inhalers for COPD

FacebookPinterestMessengerTwitterEmail
2 months ago| by MaryAnn DePietro

Inhalers are often used to treat symptoms of COPD. Some people with COPD may be prescribed inhalers that are taken every day. In other cases, inhalers may only be used as needed when COPD symptoms develop.

Several types of inhalers for COPD are on the market. Different medications are also sold under various name brands. With all the inhaler options, it can become confusing. It’s vital for people with COPD to understand what their inhalers are prescribed for and how to take each one correctly. Continue reading to learn more about inhalers used to treat COPD.

This type of inhaler works rapidly to relax the airways and allows air to flow in and out of the lungs easier. Although fast-acting inhalers work quickly, the effect only last short-term.

There are a couple of different types of quick-relief inhalers including beta-2 agonists and anticholinergics. The medication is classified depending on which receptors in the body they target.

The most common quick-relief inhalers for COPD include:

Albuterol is sold under different brand names including Proair and Ventolin. It is available in an HFA, which is an inhaler device that uses a propellant to deliver the medication. An HFA inhaler requires coordination to actuate the device and inhale. To minimize user error, it is helpful to use a chamber device called a spacer.

Albuterol is also available in the form of a dry powder inhaler and is sold as a RespiClick inhaler. The device is breath-actuated and does not require the same level of coordination as an HFA inhaler. It does require a fast, deep inhalation, which can be difficult for some people with severe COPD symptoms.

Levalbuterol in another type of quick-relief bronchodilator. It works similarly to albuterol by relaxing the smooth muscles of the airways. It has a slightly different chemical makeup than albuterol and may have fewer cardiovascular side effects. Levalbuterol in available in an HFA inhaler.

Ipratropium is a quick-relief anticholinergic bronchodilator used to treat COPD and is available in an HFA inhaler. It is also available in combination with albuterol in a Combivent Respimat inhaler.

Possible side effects of quick-relief inhalers for COPD include lightheadedness, shakiness and increased heart rate. People with COPD who also have heart conditions should discuss possible cardiac side effects with their doctor to determine which bronchodilators are right for them.

Usually, long-acting bronchodilators are taken as a maintenance medication once or twice daily to prevent symptoms. They are not used in place of a fast-acting inhaler.

A few of the most common long-acting bronchodilators include:

Breathing Exercises and How They Can Help

7 years ago| by Meredith Crowhurst

Breathing exercises can help you cope with episodes of breathlessness. Practicing them outside of breathing distress is also useful for when you need them.

In the past, corticosteroids were often prescribed to treat COPD. But the routine administration of inhaled corticosteroids is usually not recommended for people with mild to moderate COPD.

According to the American Thoracic Society (ATS), the inflammatory process in people with COPD is different than in people with asthma. Studies by the ATS indicate that inhaled corticosteroids are often ineffective in decreasing inflammation in COPD and may cause side effects, such as bone loss, a weakened immune system and hoarseness.

But there may be instances in which COPD symptoms are severe and are not controlled with long-acting bronchodilators. In some cases, corticosteroid inhalers may be prescribed.

How to Use an Inhaler for COPD

It’s important to use your inhaler correctly and as prescribed by your doctor. Consider the following tips:

BlogIs There a Difference Between Emphysema and COPD? 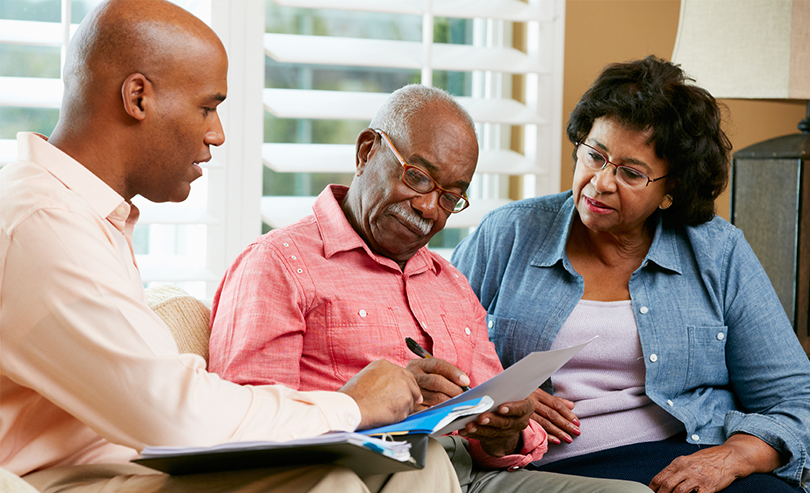