One of the earliest signs of COPD is a persistent cough.

3 Warning Signs for the Early Development of COPD

What Are the Early Signs of COPD?

COPD stands for chronic obstructive lung disease, and it includes chronic bronchitis and emphysema. It is a progressive lung condition that affects millions of people in the U.S. According to the Centers for Disease Control and Prevention, COPD is the third leading cause of death in the U.S.

Although COPD is common, many people do not know what it is and not everyone knows the early signs of COPD. Your lungs have tiny air sacs called alveoli. When the alveoli become damaged, the exchange of oxygen and carbon dioxide in the lungs is impaired. Additional changes also occur in people with COPD, including an increase in mucus production and inflammation in the lungs. These changes lead to a variety of symptoms, which affect breathing.

Usually, COPD occurs due to accumulative damage from a lung irritant. In some countries, the irritate may be air pollution. But in the U.S., according to the American Lung Association, cigarette smoking is the main cause.

COPD is progressive and gets worse as time goes on. In most cases, the disease starts gradually. Many people are not diagnosed until they have a more advanced stage of the condition.

Not everyone experiences the same early symptoms with COPD but it is helpful to recognize the early signs of COPD as soon as possible. Early diagnosis and treatment may help slow the progression of the disease.

One of the most common early symptoms of COPD is shortness of breath. People get short of breath for many reasons. For example, being out of shape can lead to breathlessness quickly. Certain medical conditions, including heart disease, may also cause shortness of breath. Because it is a vague symptom that may be from many things, not everyone sees their doctor when they develop shortness of breath.

It’s helpful to realize that shortness of breath with COPD may become more frequent. It may also develop with less exertion over time.

Another early symptom of COPD is coughing. Coughing is a natural reflex that helps remove irritants and substances from the lungs. The coughing that develops with COPD is not the same as a cough that occurs with a cold or flu. Although a cough can linger for several weeks with a cold, a chronic cough is different.

A chronic cough is one that lasts about two months. In people who have COPD, coughing does not go away. Although the cough associated with COPD is usually productive, some people may have a dry cough.

Understanding the 2 Types of COPD

3 years ago| by MaryAnn DePietro

COPD is an umbrella term for conditions that cause damage to the lungs. Here you will learn about the different types of COPD and how they are treated.

Fatigue can occur with any stage of COPD but it may also be one of the early symptoms. Fatigue occurs for a few reasons. People with COPD sometimes have to work harder to breathe, which causes fatigue. They may also have increased levels of carbon dioxide because it is hard to expel it from their lungs. Higher levels of carbon dioxide can lead to fatigue. Oxygen levels may also be lower, which contributes to fatigue.

As the condition progresses, there may be additional symptoms of COPD:

Being aware of your risk factors for COPD is also vital. People who realize they have an increased risk of developing the disease should pay particular attention to early warning signs.

According to Mayo Clinic, the main risk factor for developing COPD is cigarette smoking. People who have a smoking history and develop the early signs of COPD should see their doctor as soon as possible.

Exposure to occupational lung irritants, such as vapors and fumes in the workplace, is also a risk factor. People who have asthma are also at a higher risk of developing COPD.

There is also an uncommon form of COPD caused by a genetic condition called alpha-1-deficiency. This condition involves a lack of a protein that protects the lungs from damage. If you inherit this condition, you are at an increased risk of developing COPD.

When to See a Doctor

If you have early warning signs of COPD that last a few weeks, it is best to see your doctor. This is especially true if symptoms appear to be getting worse. Many of the symptoms of COPD, such as shortness of breath, are also caused by other medical conditions. So, it is important to get an accurate diagnosis to start the right treatment. The earlier a diagnosis, the better to slow the progression of the disease. Anyone who has trouble breathing, bluish skin, or chest pain should get immediate medical care.

How Is COPD Diagnosed?

If someone thinks they have symptoms of COPD, there are different ways your doctor can make a diagnosis. The first step includes a review of symptoms and a physical exam.

Based on the results of your exam and symptoms, your doctor may order additional tests, such as a chest x-ray or CT. The x-ray will not confirm a diagnosis but it helps rule out other conditions, such as pneumonia. A pulmonary function test may also be performed. The breathing test helps the doctor determine whether you have obstructive airway disease, such as COPD. 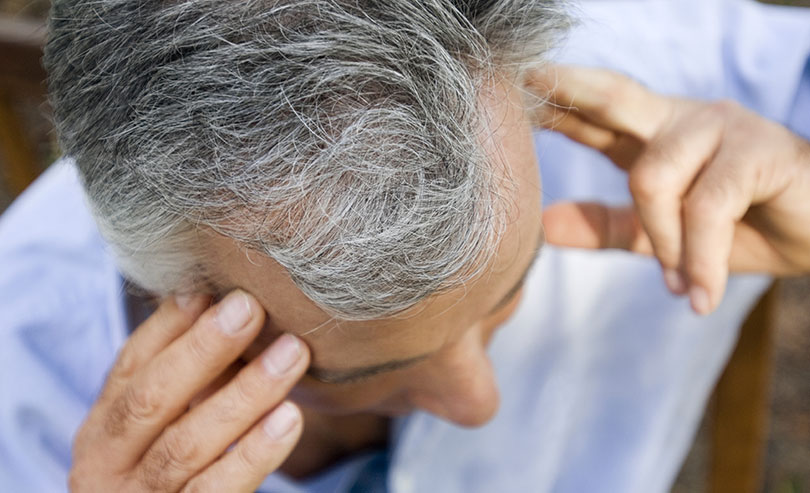 Living with COPDCOPD Headaches: Why They Happen and How to Avoid Them