FacebookPinterestMessengerTwitterEmail
8 months ago| by MaryAnn DePietro

COPD often leads to several symptoms, including coughing. People who have COPD often have a chronic productive cough. Coughing can contribute to fatigue and shortness of breath. Although there is currently no cure for COPD, there are options for COPD cough treatment that may reduce symptoms.

If you have COPD, there are a few reasons that chronic coughing may develop. COPD often leads to airway inflammation, which can trigger a cough. It’s also often common for the mucus glands in the lungs to become bigger in people who have COPD, which may mean an increase in mucus production.

COPD also damages the hair-like projections in the lungs, which are called cilia. The cilia are needed to move mucus out of the lungs. If the cilia are not working properly, it can make it difficult to cough mucus out. The combination of increased mucus production and damaged cilia can mean more phlegm in the lungs and increased difficulty getting it out.

If you have a chronic COPD cough, it can affect other symptoms. For instance, continued coughing can make chest tightness worse. It can also make breathlessness increase.

Fortunately, there are several COPD cough treatment options. In many cases, a combination of the treatments below may be effective. Consider the following:

Inhaled steroids help decrease airway inflammation. If inflammation is decreased, it may reduce irritation and coughing. Inhaled steroids are typically taken even when symptoms are not present. They are considered a maintenance medication to prevent symptoms. They do not treat a sudden bout of coughing.

People who have COPD often have mucus that is sticky or thick, which can make it difficult to cough up. A mucus-clearance device can help mobilize the secretions, so you can cough it out. There are a variety of mucus clearance devices including a vest that is worn over the chest and causes a vibration to loosen the phlegm.

Portable handheld devices are also an option. Devices, such as the Aerobika and Acapella, provide a controlled vibration that oscillates the small and large airways. The vibration helps loosen the mucus from the airway walls to promote effective coughing.

Since mucus can become thick and sticky, drinking plenty of fluids may help thin the mucus, which makes it easier to get out. If you do not have any fluid restrictions, drink several glasses of water a day. Hot drinks, such as tea, are also helpful to expel mucus.

Related Search Topics (Ads)
Treatment COPD CoughTherapy For CopdMedicine Copd CoughHow Is Copd Treated
You May Also Like
What Exactly Is End-Stage COPD?

What Exactly Is End-Stage COPD?

End-stage COPD is the last stage of the condition where the symptoms are at their worst. Here are end-stage COPD symptoms to know about.

Some studies, including a small one that involved adults with COPD, indicated that taking honey decreased coughing. Although honey may not completely eliminate coughing, it may reduce it a bit. Honey can also soothe the throat, which might become irritated by chronic coughing.

Since honey does not have side effects, it may be worth a try.

People with COPD are not immune from developing other conditions that also contribute to coughing. For example, gastric reflux disease (GERD) can also cause chronic coughing. Certain medications including some hypertension drugs may also increase coughing.

It’s important to talk with your doctor to determine if coughing may be caused by not only COPD but other issues as well.

Certain factors may make symptoms of COPD, including coughing, worse.

Environmental irritants, such as pollution and smoke, are often common triggers. Household cleaners, perfume and scented candles can also be irritating to the airways.

Keep track of when coughing flare-ups occur, and determine if there is a pattern. Once you identify triggers, you can take the needed steps to reduce exposure.

A COPD cough can be exhausting. If mucus cannot be coughed out, it can make you feel like you are choking and lead to panic. Fatigue and panic can contribute to ineffective coughing. Learning to cough more efficiently is one way to treat a COPD cough.

A huff cough is a technique used to cough more effectively. To do a huff cough follow the steps below:

It may be most effective to use a mucus clearance device first, and then do a huff cough after the mucus is loosened.

WebMD (What to Know About COPD and Cough)Cleveland Clinic (Coughing: Controlled Coughing)Healthline (COPD and Cough: How They’re Related and What You Should Know)
FacebookPinterestMessengerTwitterEmail
Comments
Recommended Posts

Living with COPDHow to Maintain Independence Despite COPD Symptoms

Living with COPDNew Year’s Resolutions for People With COPD 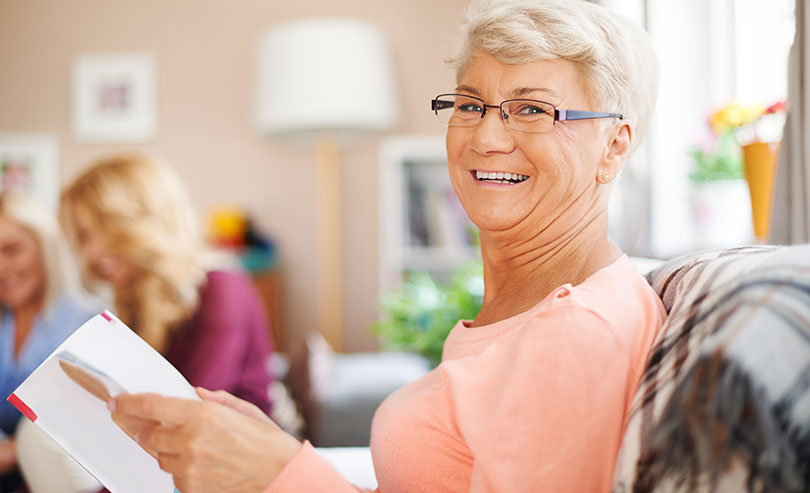